Evolution of the Hippo

We have owned the hippo for over a year now and some much needed improvements and maintenance was required. To celebrate the improvements we also planned a day out with some other “real” Land Rovers playing in the mud. What better way to start the summer?

During our off road adventures so far the Freelander has faired well, but ground clearance has always held it back a bit and the interior was still showing signs of its previous life as a sheep farmers sheep transport, so we spent an entire day just cleaning the interior.

The sun is out and most normal people are heading out enjoying themselves, us? we are getting stuck into the Freelander’s interior grime. First job was to remove as much interior as possible. Seats, door pockets, boot trim, essentially anything that came out easily was unscrewed and laid out on the driveway.

After much scrubbing and hoovering, the seats were smelling a little nicer, even if they didn’t look much cleaner and the plastics inside that we previously believed to be beige were in fact grey. Six buckets of water later and the rest of the interior was looking good. Everything mounted back inside and a few bits of wiring tidied up it was off to Halfords and Ebay to purchase the parts to just tweek the Freelander’s capability off road. 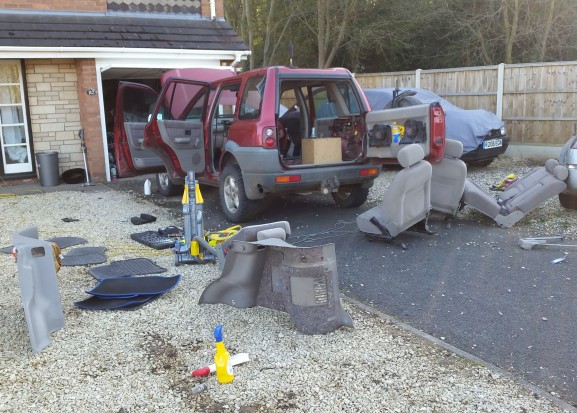 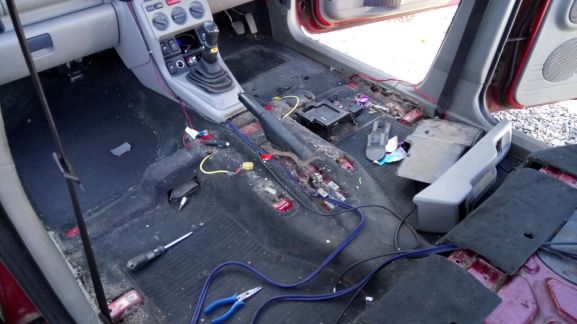 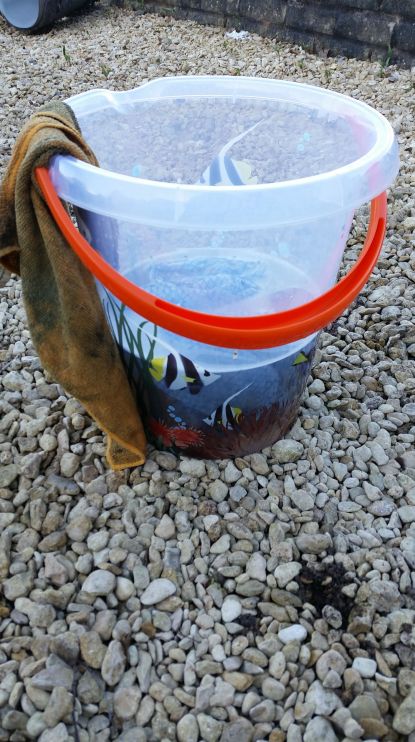 Minimal budget, maximum inspiration from internet research and knowledge from a previous bodge to prepare a Peugeot 205 for off road hill climbing, I came up with two ground clearance winning mods; larger diameter tyres and spring assissters. Standard tyres on our Freelander are 215 65 16. Internet tells me 205 80 16 will fit, but run close to the spring seat. More internet research tells me that Highlander Kingpin remould tyres are cheap, but with very mixed reviews on performance. At approximately £100 less than the closest rival remould tyre we determined they were definitely worth a go. I say we, I decided this, against the advice of Gill and Robin who remained skeptical about fitment and quality of these bargain boots. 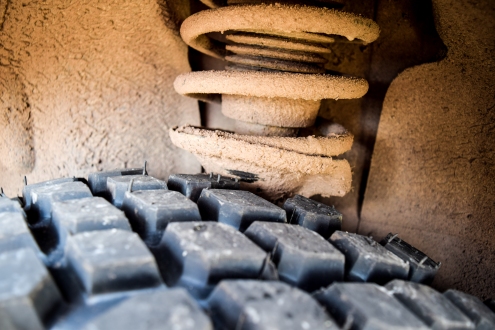 Tyres now fitted it was apparent that certain internet forums were correct on the need for some wheel spacers as the tyres just touched the strut during cornering. We opted for 9.5mm spacers as 5mm ones weren’t available.

Next up were the spring assisters. These are normally used by caravaning types to stop the rear of a vehicle sitting too low when towing. Are plan was to put them in at both ends of the vehicle to create a rather crude lift kit. The downside is the total suspension movement is reduced, but I’ve found ground clearance to be the biggest issue on the Freelander so far. With the new tyres and the spring lift we gained nearly an inch and a half of ground clearance. The wheel alignment has been out since we got the Freelander. unfortunately getting adjusted cost us a track rod end as the bolt snapped. 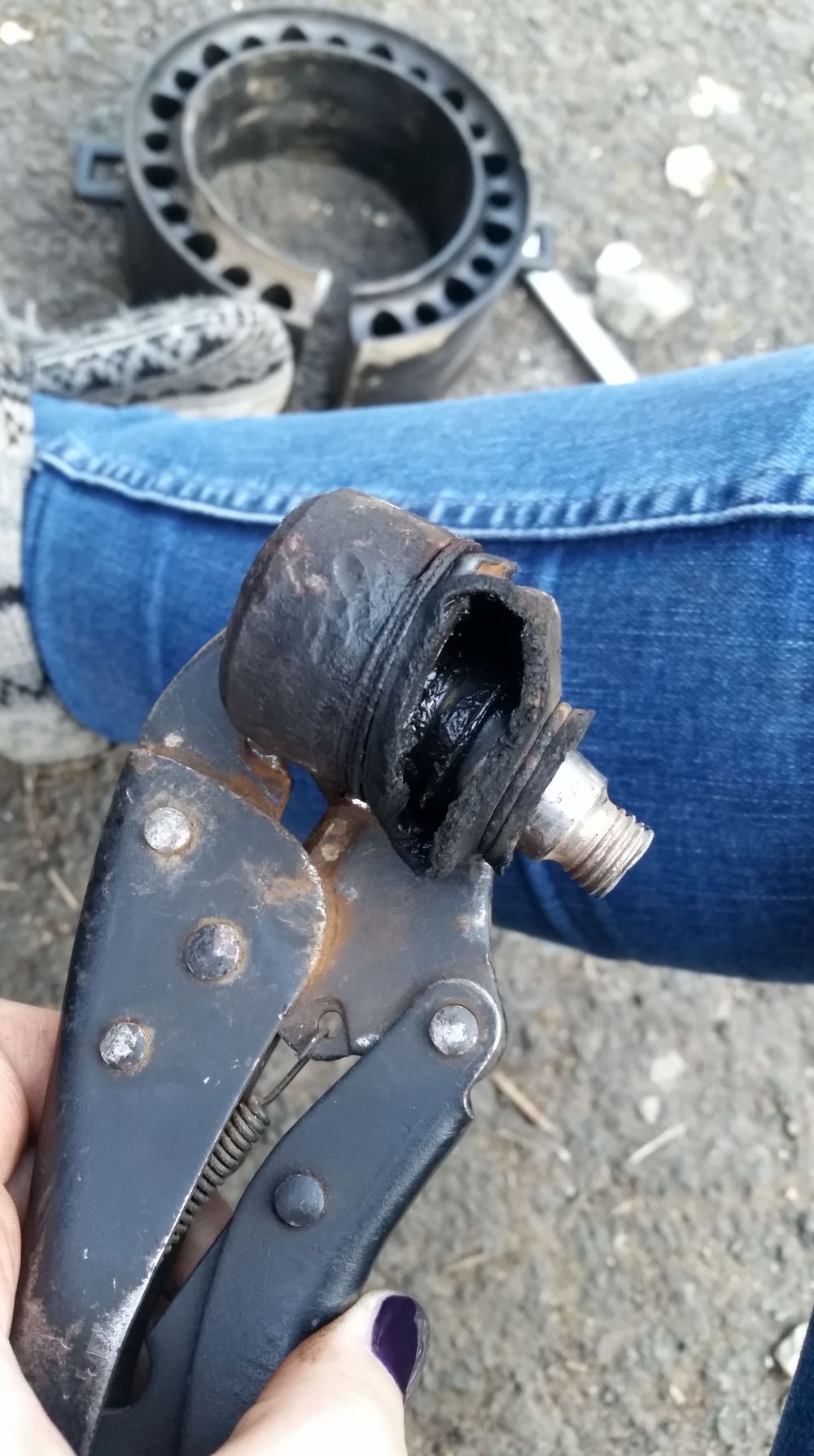 A local off road pay and play site with a few other Land Rover friends created the perfect opportunity to test out the latest modifications. The first of the summer sun arrived just in time for the day out, so the ground was still extremely wet in places, but dried rock solid in others.

The first thing we did on the was find the boggiest, stickiest mud and drive straight through the middle of it, surprisingly we sailed straight through. The enthusiastic throttle control may have helped a little but we can conclude that the tyres and lift kit were superbly effective. On the road the taller tyres do make the car slower and even more wobbly than usual. Vague steering and more body roll are forgiven as off road the cheap modifications we have done are certainly effective and I think the car now looks a little tougher. One other problem has now reared its head thought the lack of low ratio gearbox. Having rescued a few defenders during the off road day and been rescued and couple of times ourselves the clutch was smelling a little iffy. One final hill climb polished it off completely. 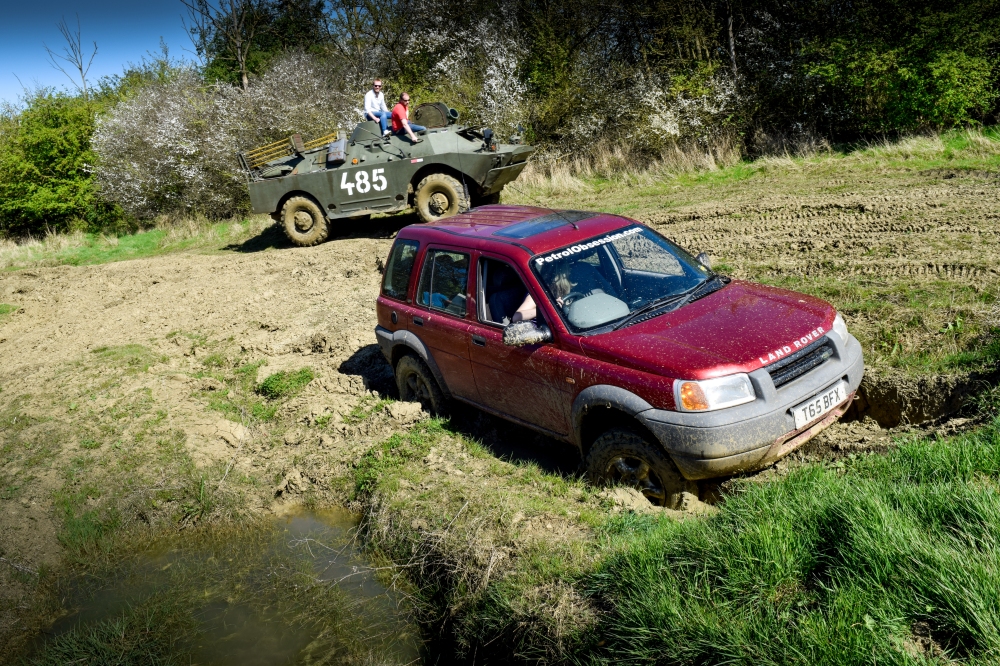 The Freelander struggled just to move over a small rock without the clutch slipping, so we stopped play for the day and nursed the little hippo home. Next job will be to fit a new clutch or maybe we should buy a V6 with an automatic gearbox. The diesel may be a cheap reliable engine but the call of more power and a v6 roar is very tempting. 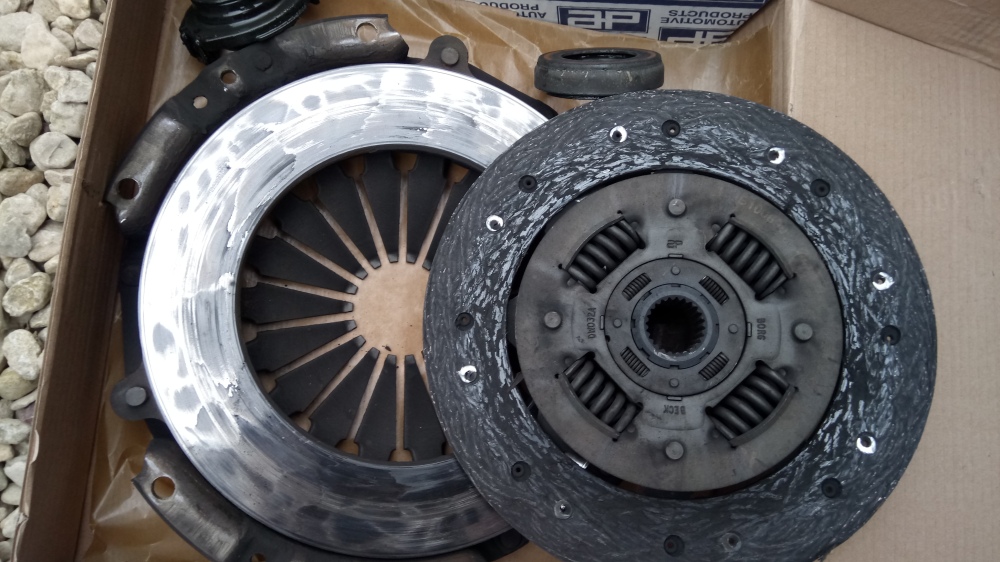