Having chosen our project car we thought the difficult choices were done for the moment. Then we started looking into what engine to fit. Rather than waffle through the entire thought process I’ll pull out the highlights.

VAG group 1.8T – Abundant, cheap and one to annoy the purists

In the end it was a two horse race between RB26 powerhouse and SR20 convenience. My heart wanted to go with the Skyline engine based purely on noise, but the brain couldn’t get round the size and weight of the S12 Silvia being better suited to a short, aluminium block, 4 cylinder. Perhaps if I was planning on chasing huge power figures, I would have gone with the RB26, but for the type of use we have planned the SR20 just makes sense. Even as I write this I still don’t know if I can justify not having 6 cylinder turbo noise… 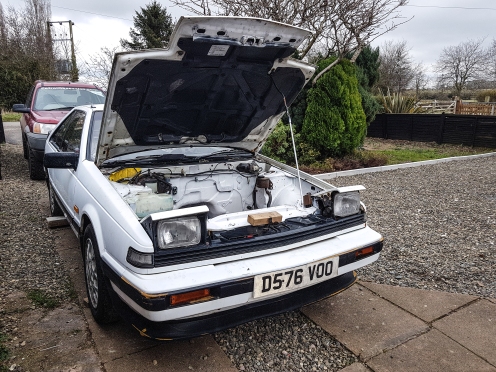 After weeks of debate and annoying everyone I know by arguing for both engines even if they had no interest in what I was talking about, we purchased a SR20DET. As the roots of this engine are found in the original engine from our car, fitting it is “simple”. I’ve read the words “bolts straight in” and “direct fit” about many vehicle related upgrades, but in reality the result always requires plenty of modification. So I remained sceptical while hoisting the engine and box over the little Nissan, but to my surprise the internet was correct. Shocker! After some grunting the SR20 engine dropped onto the original S12 chassis mounts and all was right with the world. 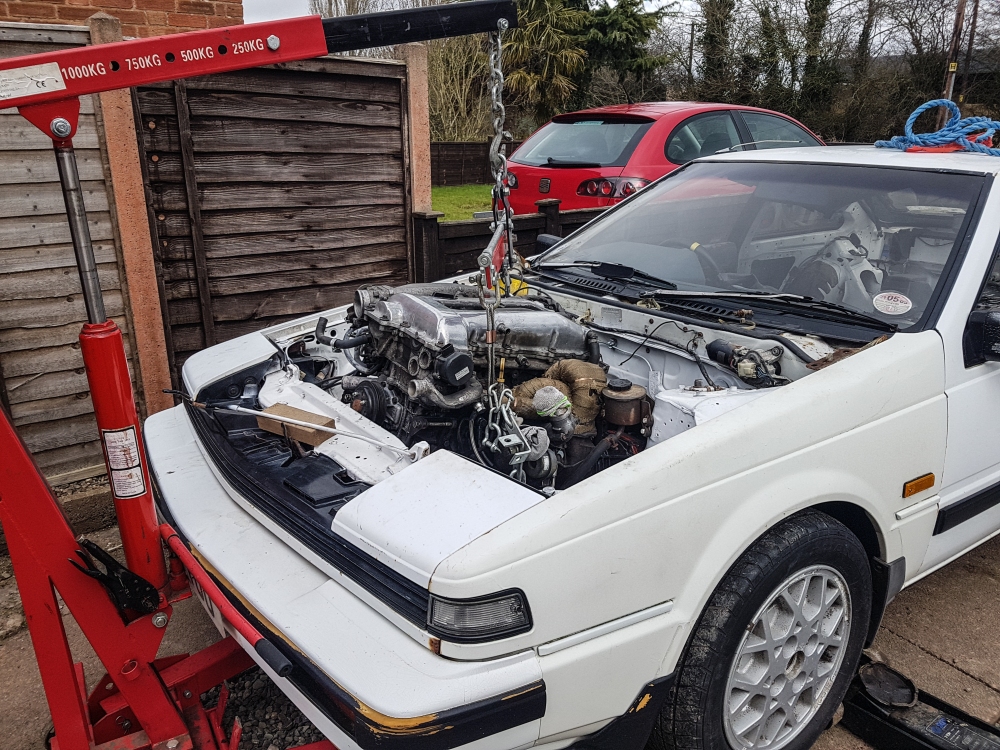 We purchased the engine with gearbox, wiring loom, exhaust and all associated ancillaries from a drift keen Nissan enthusiast. The complete S14 gearbox could have been used with modifications to the prop-shaft and gearbox mount, but instead, we were able to use the original gearbox and just swap the bell-housings over to mate it to the SR20 engine.

Next job was wiring. Again the internet tells me wiring between the two vehicles is similar and only a few modifications are required, so far we haven’t hit a snag. Sorting out feeds to the ecu, fuel pump and swapping the oil pressure switch turned out to be quite fiddly. I really should have done this before fitting the engine, until I realised I could just remove the oil filter. Next job was a bit of bracket modification to delete complicated items the old s12 doesn’t have like air conditioning.

With the Silvia’s maiden voyage planned for Japfest Silverstone in May, we have to get the job finished.  Every time we tick off a couple of jobs, two more fill the gap. New fuel-pump, sorting the exhaust, fitting the prop and plumbing in the intercooler are the main engine based challenges. Scope out from the engine and there are still brakes, clutch hose, handbrake, seat belts and wheels / tyres to consider. Plus of course Petrol Obsession stickers…

Come check it out at our Petrol Obsession club stand at Japfest.