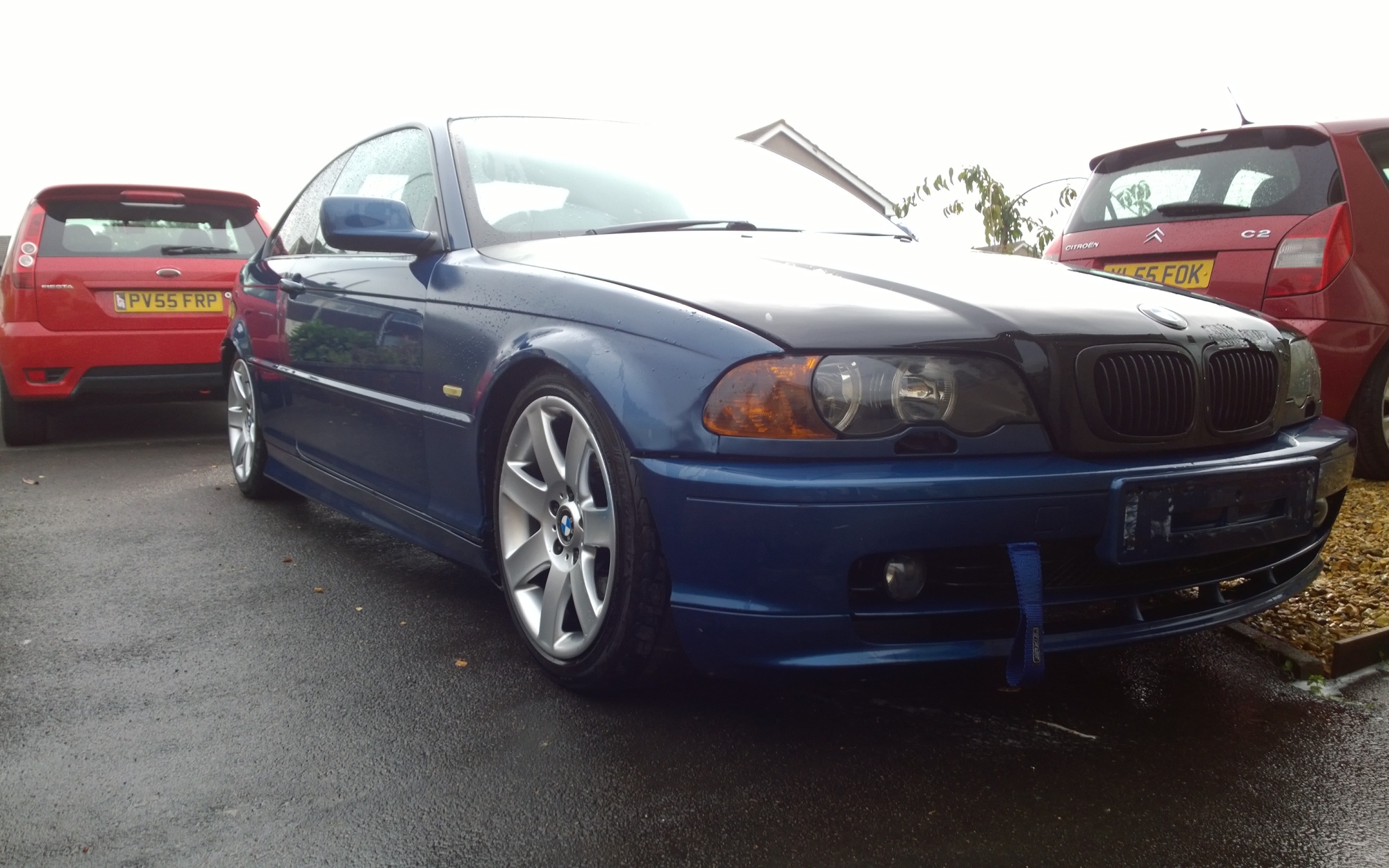 The Dogs of Drift

The last time we decided rallying was too expensive we went away to buy a fun car for use on the road and track. Unfortunately money was tied up in two wheel toys, so armed with a £1000 budget we wanted moderate power, rear wheel drive and readily available spares.

Trawling through pages of Gumtree, Ebay, Autotrader, car and classic and RetroRides Forum adverts turned out a lot of MX5s. Despite the obvious popularity in recent years, to me the MX5 will always be a hairdresser’s car suffering from a lack of roof and a lack of power. I know they can be turbo charged and chassis is meant to be great and lightweight blah blah blah… but turbo charging wont fit in the budget and I would still be driving a noisy, leaky, tiny car with no roof. Eventually we stumbled across the other common site at any car meet, BMW 3 series. I’ve worked on more than I care to remember and driven a good cross section of the model range, from e30 4 cylinder right through to E46 and E90 M3s and an early 2.8 e46 manual with the intake mod and a remap for £600 was just too tempting.

The clues to the quality of this vehicle should have been obvious from the first line of the advert that read “BMW E46 Drift Couple project”. No. That isn’t a typo on my behalf it did actually say “couple”. We turned up to collect it and the battery was flat, the coilovers were so low we couldn’t inspect the underneath for rust, one wing had been sprayed by Stevie Wonder and the bonnet and rear window had been adorned with some truly awful stickers. Against better judgement we decided to buy it based on the exhaust note and the smile I wore during the test drive.

The first modification we did was to rip out the badly applied, bubbly window tints, dig out years of cigarette ash and associated rubbish and pull off the embarrassing stickers such as “Low Life” and “Cambergang”. Already it looked a little better but still drove awfully as it pulled all over the road and grounded out on anything thicker than a sheet of paper.

A short drive later I returned home to raise the suspension and give it all a check over. The following damage report was interesting to say the least. The front anti roll bar, wasn’t there, the cheap ebay FK coilovers weren’t bolted to the hubs correctly or the right way round, the wheels were spaced without longer bolts so only 3 threads actually engaged, the tyres were 3 different sizes, the track rod ends were both dead, and where it had been run so low most of the rear passenger foot well had been ground down then rusted away. Of course, as with every manual E46, the rear diff cradle bushes had disintegrated. 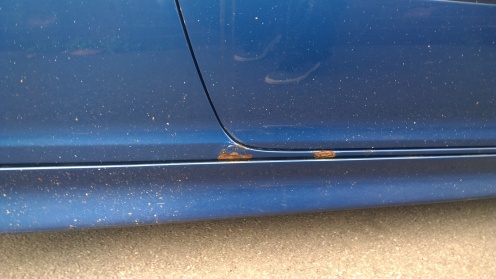 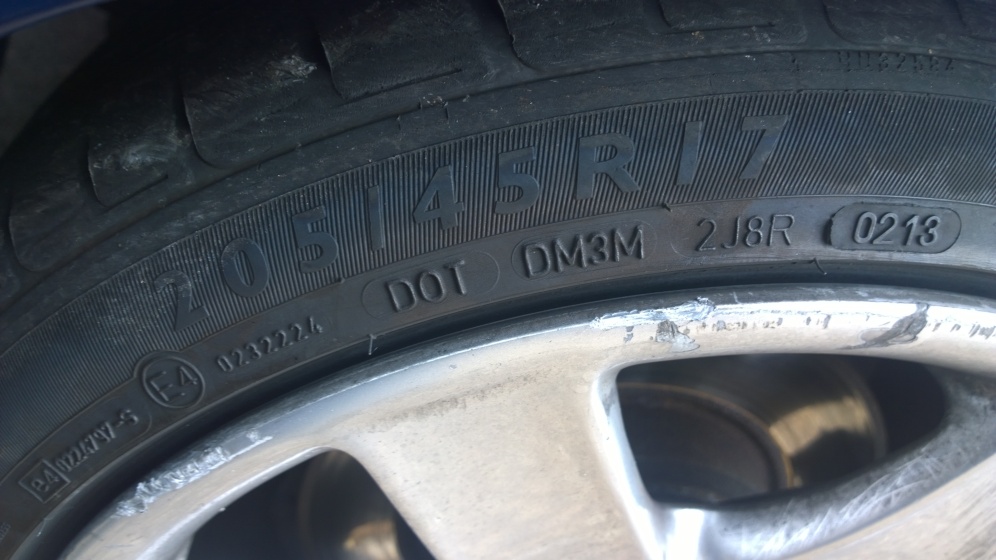 Luckily and one of the reasons for owning this car, is their availability in scrap yards. With a short shopping trip to the local breakers, a little bit of swearing at rounded off bolts and we had ourselves a complete Msport suspension kit, front anti-roll bar, a front wing and a drivers door handle. A bit of eBay magic acquired a matching set of tyres, new track rods, longer wheel studs and a set of diff bushes. So far we were inside the £1000 budget just. 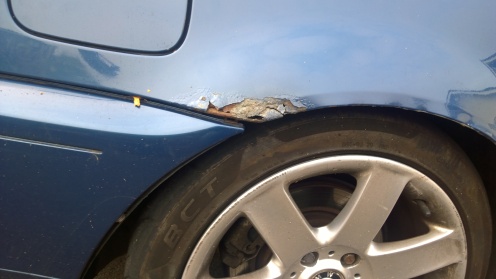 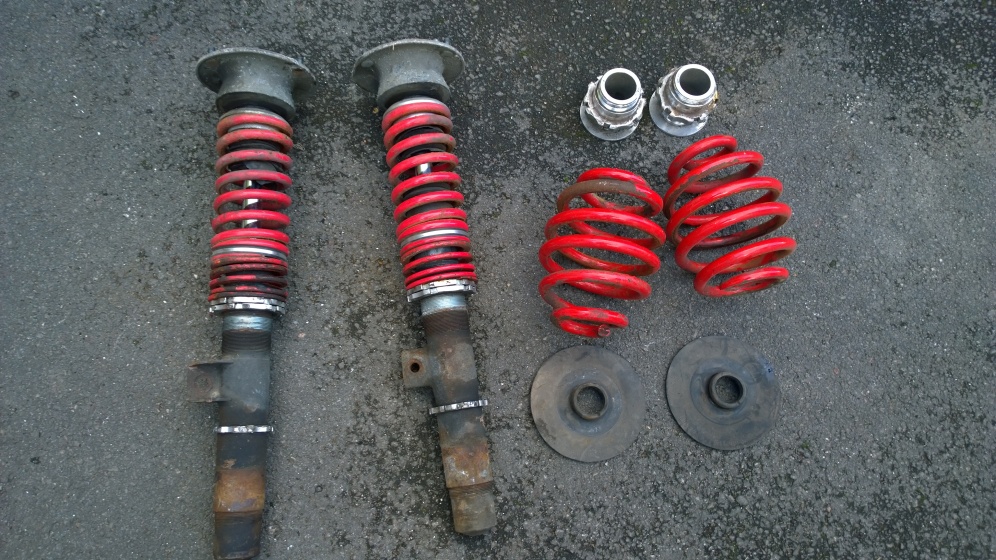 Unfortunately, as usual with this kind of undertaking, more things went wrong. All the brake lines were corroded, the oil filter housing cracked as did the coolant reservoir and the rear wheel bearing exploded. Oh well, all the best things go over budget. A few weekends and a lot of evenings later the “drift couple project” was road worthy. Sort of. At least everything was now attached, rust free and pointing in the right direction. 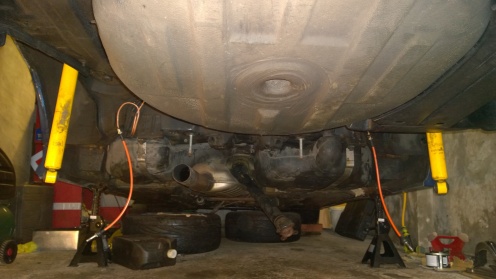 The M52 2.8 litre engine packs a good punch for what is a rather large heavy car. As you would expect from a BMW the power delivery is smooth and fairly uneventful, but the six cylinder growl from the RAMAIR air filter and scorpion exhaust fitted on this car really brought it to life. The VANOS (BMWs variable valve timing system) gives a wide powerband and plenty of low down torque, combine this with the slick, precise gearbox and well weighted steering and you begin to understand why the E46 has a reputation as a great car to drive and popular as a budget track or drift tool. The M-sport suspension isn’t the firmest but as a stock setup it’s fairly impressive. The greatest feature of a any 3 series is when you turn off the electronic interference, even with the standard open rear diff, you can have some fun drifting at your local private “professionally organised” roundabout drift event. 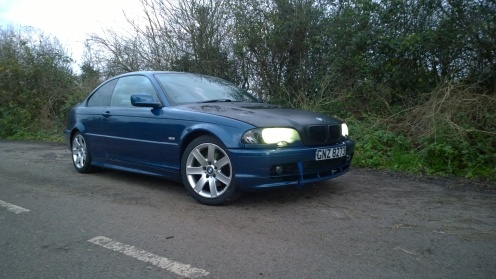 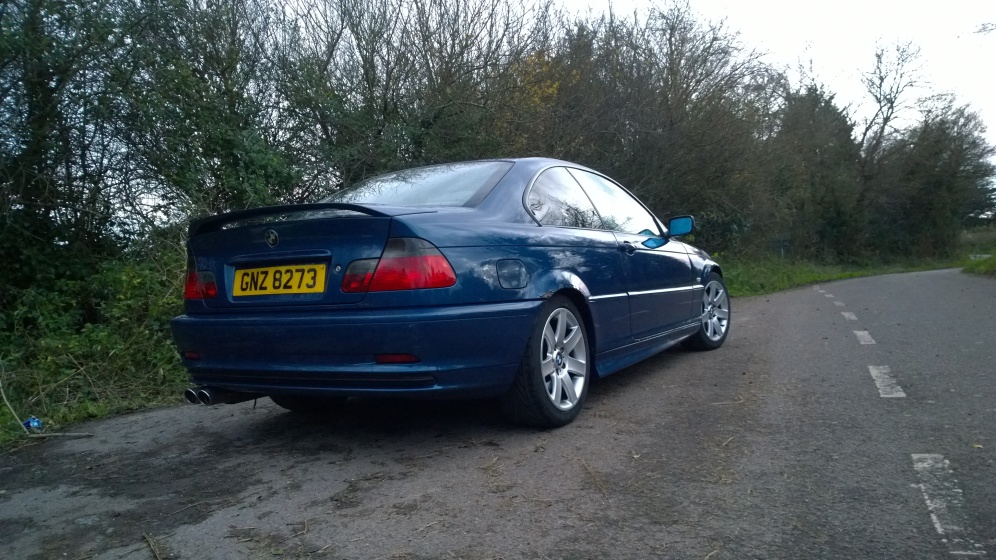 Unfortunately a tatty E46 is never going to turn many heads and the non-facelift models like this one are looking dated, but for cheap power and rear tyre destroying smiles I can’t fault one. If there’s a car doing doughnuts at a car meet, it’s bound to be a BMW. Cheap, strong, parts are plentiful and rear wheel drive.  Strip out the interior add a hydraulic handbrake and deep dish steering wheel and you have the perfect skid toy. 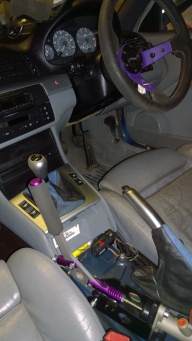 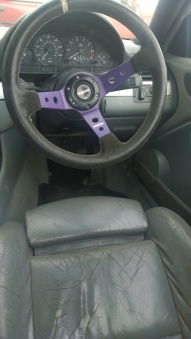 If you are buying an e46 3 series take a look at this quick checklist of issues that we found with ours, some are good to haggle on price or some you may want to use an excuse to walk away:

This list is by no means exhaustive and is only based on our experience.