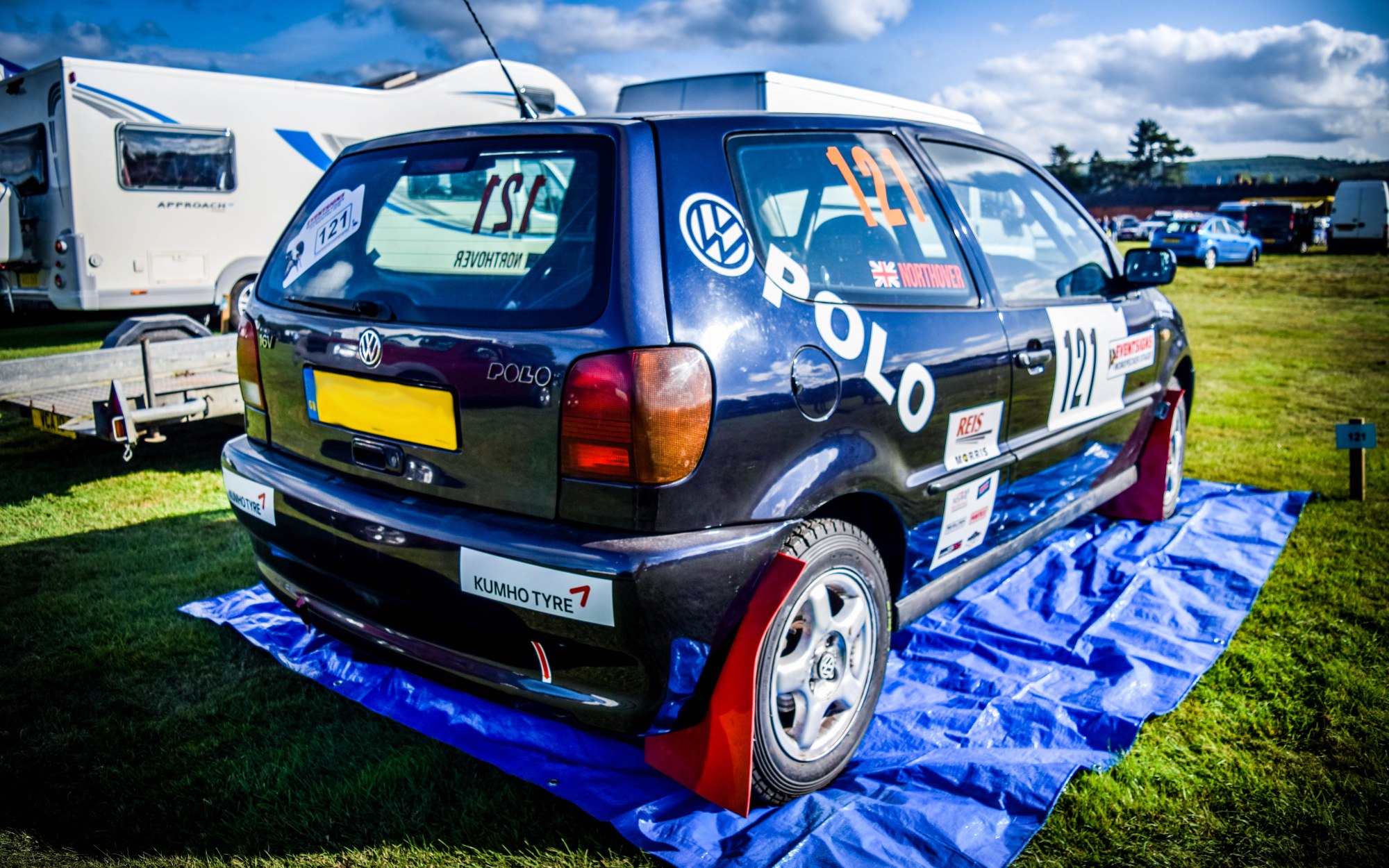 In a sleepy village somewhere in the West Country a pair of idiots are causing curtains to twitch, creating mayhem and blocking the road by loading a loud, race ready Polo onto a trailer. Our pulling power? An old, tired, modified Freelander, every budget rally team’s favourite… Our destination, The Royal Welsh showground for the Nicky Grist Stages rally. Our debut rally for the Polo and my first ever rally.

On the slow and loud journey there (the times you regret the big, nobbly offroad tyres on the Freelander), a few thing were playing over in my mind as I was to co-drive on this rally. The language of the co-driver, I tried to learn in a few weeks by shouting pace notes at the TV while watching a DVD of a guy driving very slowly around the stages. This is not very realistic, so we opted to also practice with pace notes devised from google maps. This also really helps to spice up those dull drives to Tesco…

I had also been worrying about trying to complete all the time cards and paperwork correctly as there is little information provided for newbies. So little in fact I had begun to feel like rallying was slightly inaccessible, unless you were part of the club. Oh wait, I was sure I had spent money on that too…

Anyway, once we had arrived, set up camp and flagged our fellow budget rallying mate down we had a stroll around to check out the competition. I was like a kid in a sweet shop, one where the sweets spit flames, have wide arches and cost thousands of pounds.

“No Gilly you can’t have Subaru Impreza rally car. Yet.”

Tongues back in mouths and once I had finished unsuccessfully trying to Google ‘Ways to make money as a Nurse’, we headed for the drivers brief. During which I spend a couple of hours with my rally driver getting far too excited and giggly over the fact that Nicky Grist sounds just like he does on Playstation’s ‘Colin Mcrae Rally’ game.

Saturday morning I woke to the sound of birds singing and turbos spooling. I quickly decided this was where I wanted to spend every Saturday. Once dressed in my bloke shaped rally suit and the most expensive pair of shoes I own, we ran through our checklists in an attempt to settle the nerves. Then it was time to join the queue of awesome cars awaiting to start the rally. Sandwiched between a Triumph TR7 and a Peugeot 205 excitement began overtaking my nerves. Until I had to go and ask the TR7 crew how on earth to fill out the time cards and how we should actually be starting. 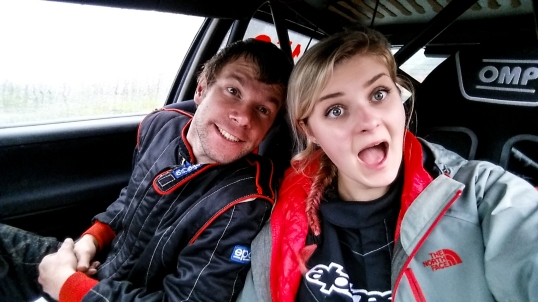 And we were off. My excellent navigating skills lead us to the start of the first stage without a hiccup. That and the ability to follow the 205. While lining up for the first stage I began to wonder if everyone else was feeling a bit nervous, as I observed a long line of rally drivers making a final bladder void before the start. I decided they probably would not take kindly to me squatting arse out next to my car if I also felt the urge to go.

Excitement reaching critical and raring to go we started the first stage with gravel flying, wheels spinning and the Polo roaring. Now, I have spent a large number of hours in various cars with my rally driver and nothing quite prepared me for those first few minutes. The left foot breaking and effortless handbrake turns meant my brain took time to recalculate the speed possible and control needed when driving gravel stages.

Improving with every pace note and passing numerous cars crashed out at the side of the stage I began to feel more confident that we might actually being doing okay. This was until I heard my driver’s panicky voice.

We rolled to a halt at the side of the stage and desperately tried to get the Polo started again but it would not fire. There was no smoke, no water hosing out and not a drop of oil on the ground. The engine had not seized and fuel lines were intact. By this point a friendly marshal had flagged us as unable to finish and was now trying to slow other cars down as they came sideways round the hairpin and thundering passed us. The realisation that we were out on the first stage after the months of prep and thousands we had spent was soul destroying. However, the passion for rallying and the determination not to quit was way stronger. 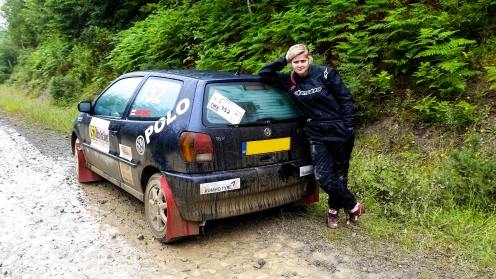 After being so nervous, it was all over far too quickly and some things definitely got broken. I’m fairly sure a lot of others can relate this back to their first time. Rallying.

2 Replies to “Rally: Stage One”